Big win over champs Warriors FC a boost for Albirex 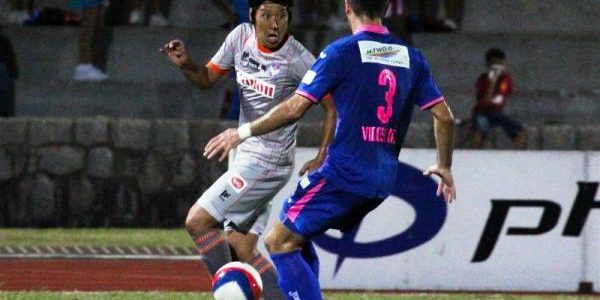 SINGAPORE (15 March 2015) – A comprehensive 6-0 beating of defending S-League champions Warriors FC last night have boosted the confidence of Albirex Niigata for the title this year.

While it might still be early season yet in Singapore’s top flight, Albirex coach Tatsuyuki Okuyama believes that they can win the 2015 Great Eastern Yeo’s S.League title.

“We have waited a long time for this victory after two losses and the  victory felt sweet,” said Okuyama, referring to their identical 1-0 losses to Tampines Rovers and Brunei DPMM respectively.

“Our chairman has told the media we want the championship and our goal has not change. But we are taking one game at a time because its important to get the three points.”

Rion Taki nailed the opener in the 20th minute, to be followed by an own goal from Mohamed Syaqir Sulaiman in the 34th minute as Atsushi Kawata scored a double in the 42nd and 45th minute.

Hikaru Mizuno then grabbed the fifth goal three minutes after the restart as Kento Nagasaki rounded things off with a strike in the 73rd minute.

“We have to understand that this is a freak result and I hope it’s a one-off result. Credit to Albirex for doing very well, especially in midfield,” said the Englishman.

“These kind of things is normal in football, but we have not gone through this kind of situations before, especially with this group of players and I don’t expect to be in this situation again.”