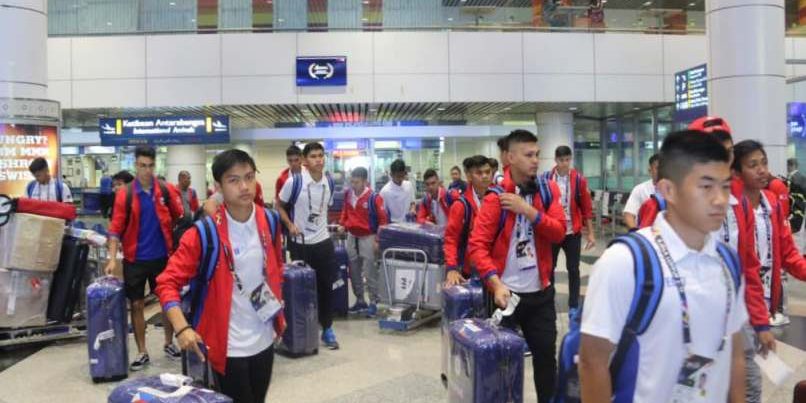 KUALA LUMPUR (11 August 2017) – The Philippines, fielding a more battle-hardened men’s football squad this time, are bent on leaving their marks in the upcoming football competition which starts on Aug 14.

Coach Marlon Maro said his charges are more prepared this time around following intensive preparations prior to their trip to Kuala Lumpur.

Philippines, yet to win any medals in men’s football since 1977, has been grouped with  Thailand, Indonesia, Vietnam, Timor-Leste and Cambodia in Group B. Group A consists of Malaysia, Singapore, Myanmar, Brunei and Laos.

In the 2015 Games, Thailand emerged champions while Myanmar and Vietnam clinched the silver and bronze respectively.

“I’m satisfied with the team’s preparations and my hope is that we’ll be in the last four following our intensive preparation in Japan and Cambodia,” said Marlon when met at the team’s arrival at KLIA on Friday (11 Aug).

Philippines will open their campaign against open Cambodia on Tuesday (August 15) at the Selayang Municipal Stadium.