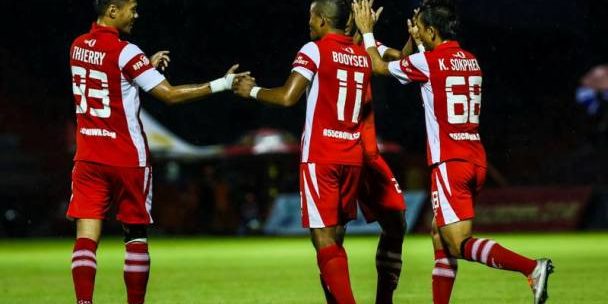 PHNOM PENH (16 Feb 2016) – Former Phnom Penh Crown youth coach Bouy Dary has been banned for two years and three other coaches given one-year bans after a probe into accusations of match-fixing at the club.

All seven accused players have been exonerated of any wrongdoing.

The Disciplinary Committee of the Football Federation of Cambodia (FFC) acted on the findings and recommendations of an interim panel probing six-time champions Crown’s indefinite suspensions in early November of seven players and four officials for allegedly conspiring to influence the outcome of several matches during the last league season.

According to an FFC source familiar with the deliberations of the committee, the audio recordings provided by the club as key evidence had thrown light on incriminating conversations among the four officials regarding attempts to orchestrate “below par” performances so as to tarnish the image of the club and to undermine the record of then-head coach Sam Schweingruber.