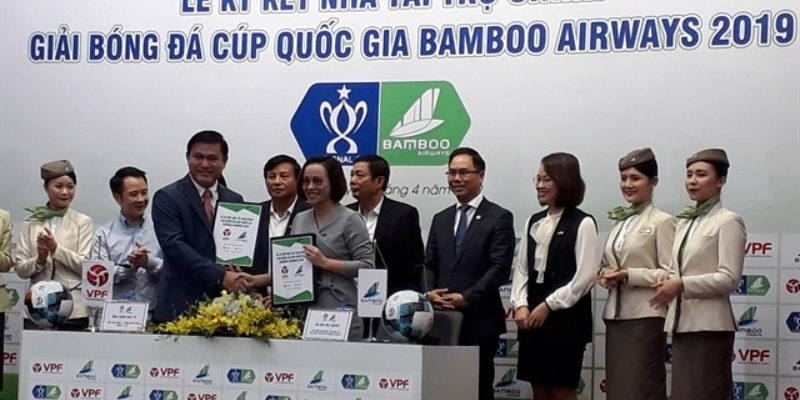 HANOI (7 April 2019) – Bamboo Airways have become the official sponsor of the Vietnam National Cup 2019 – which feature the participation of 26 clubs playing in a knockout competition.

The winner of the Bamboo Airways National Cup will earn VND1 billion (USD 43,100) and the chance to represent Vietnam in the AFC Cup 2020.

“With the support from Bamboo Airways together, with strong effort of participating clubs and support from the local fans we believe that this year’s National Cup will be attractive and of high quality,” said Tran Anh Tu, the General Secretary of the Vietnam Professional Football Company (VPF).

Added Dang Tat Thang, the Deputy Chairman of Bamboo Airways: “it is our honour to be the main sponsor of the National Cup. We hope that our co-operation will be a strong launch-pad for national football.”

Defending champions Becamex Binh Duong and Song Lam Nghe An are the two most successful teams in the competition’s history, with three titles each.