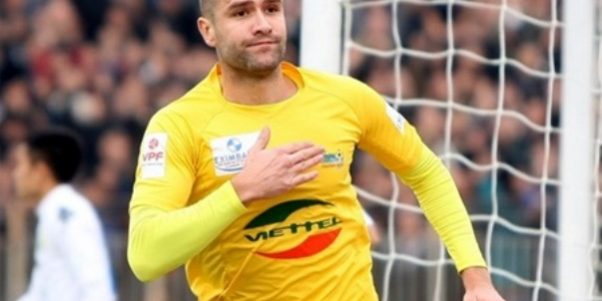 HANOI (22 Jan 2016) – Dutchman Danny van Bakel, who is playing for FLC Thanh Hoa, has become a Vietnamese citizen after his application was approved early this week, taking the name Nguyen van Bakel.

The 32-year-old midfielder, has been one of the best midfielders in the V.League since he started playing with Becamex Binh Duong in 2011. He then moved to Dong Nai for a year, before signing a contract with FLC Thanh Hoa.

He is married to famous DJ Myno, whose real name is Nguyen Thi Ngoc My, and they have a one-year-old son.

Bakel said he was happy to have Vietnam as another home country. He hopes to get a chance to play for the national team as a Vietnamese player in the future.