Back to back defeat for champs Yangon United 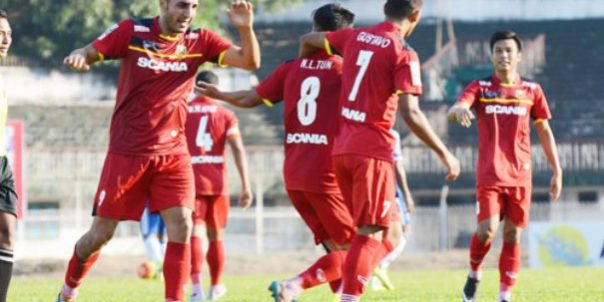 YANGON (22 Jan 2016) – A change in the coach did little to change the fortunes of defending champions Yangon United as they fell to their second loss in the first two matches of the Myanmar National League (MNL) 2016 this week.

The powers that be at Yangon had deemed it fit to replace Brazilian Emerson Alcantara after just two months at the helm and with just a match of the MNL played with Marjan Sekulovski of Macedonia.

But in the end, it failed to plug the problems within the team when the ambitious side from Yangon fell to a 2-1 loss to Hantharwady United.

“I had hoped that this would be our first win, but when you have four or more key players injured or ill, it is always difficult,” said Sekulovski. “We dominated the game. We had many many chances but we could not finish them.”

With Yangon losing focus, it allowed Magwe to take early control of the standings where after dumping the champions 2-1 last week, they followed it up with a close 3-2 victory over Ayeyarwady United this time round for the well-deserved victory.

Set Phyo Wai delivered the winner for Magwe after a brace from Sekou Sylla put Magwe were cancelled out by Ayeyarwady’s Nigerian signing Christopher Chizoba.