AVRAMOVIC UNPERTURBED WITH LOSS TO MALAYSIA 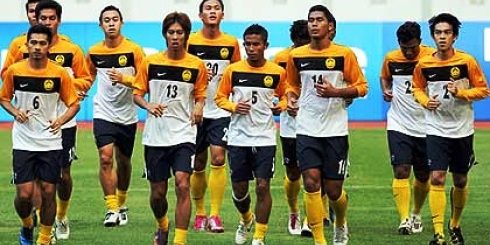 SINGAPORE (27 Jan 2011) – Singapore chief coach Radojko Avramovic is unperturbed with their loss to Malaysia. The Singapore Olympic side conceded a 2-0 loss to their Malaysian counterparts at the Jalan Besar Stadium.

But in spite of the setback, Avramovic said that he is still hopeful of a positive result in Singapore’s upcoming Olympic qualifiers first-leg away match against Yemen on 23 February.

“This being the first competitive game, I am satisfied,” he said after the game. “I know we can do a lot better. We will play Hougang United on the 28th in the final test before I select the team, and I hope to see better cooperation and understanding between the players.”

Avramovic identified his team’s tendency to rush things and not keep their anxiety in check which saw them concede control of the game to the Malaysians.

“In the beginning of the game we started to pass the ball well. We had two 100% chances to score, but we didn’t. And our opponent scored with their first shot on goal,” he explained.

“Then we were too hurried in trying to push the ball forward, and passed forward too early.”

Despite these shortcomings, the Lions boss could still find a few positives in the performance, in particular, the bright cameos of some of his younger players.

“From Safirul and Iggy (Ang), we saw a few good things,” said Raddy. “They are young players, from the generation of 1992, and in time, I hope the S-League can help them gain more match experience.”