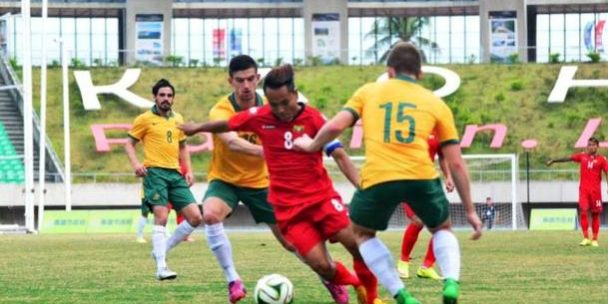 SYDNEY (1 April 2015) – Australia are the only ASEAN team to get an automatic ticket for the AFC U23 Championship 2016 after winning all their matches in Group F of the qualifiers.

Hoole, who represented Australia at the 2013 AFC U22 Championship, the pre-cursor to the U-23 tournament, recorded his first three international goals (in the 10th, 57th and 70th minute).

Jamie MacLaren, who bagged three goals in Australia’s 6-0 thrashing of Hong Kong in the opener, registered a brace (13th and 68th) against the Myanmarese.

Only the ten group winners and five best second-placed teams from all groups will join hosts Qatar at the AFC U-23 Championship 2016.

The final group winner and the complete line up of best second-placed finishers will only be confirmed after the conclusion of Group B of the qualifiers, which features Jordan, Kuwait, Kyrgyzstan and Turkmenistan as well as hosts Pakistan.

Group B was scheduled to take place in Lahore at Lahore’s Punjab Stadium from 23-31 March has been postponed due to security concerns following the recent troubles in the Youhanabad area of the city.