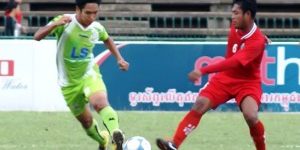 BANGKOK (18 Jan 2011) – ASEAN foreign ministers have agreed to propose to the grouping’s leadership that the region host the FIFA World Cup in 2030 as a group, diplomatic sources say.

The foreign ministers, who are meeting in Lombok, Indonesia, would submit a formal and detailed plan for approval by the ASEAN leaders when they meet in Jakarta on 7-8 May 2010.

The idea of the region jointly hosting the FIFA World Cup in 2030 was first proposed by Malaysia at the annual foreign ministers’ meeting in Hanoi in July last year.

During the recent ASEAN finance ministers meeting in Kuala Lumpur, Thai Finance Minister Korn Chatikavanij also raised the idea, which was well received by his colleagues.

Singapore Foreign Minister George Yeo proposed that Malaysia work with the ASEAN Secretariat in Jakarta to come up with a concrete proposal to submit to the ASEAN leaders for their final approval.

“This is an effort to use sport to create an ASEAN identity,” said a source to Bangkok Post. “This is a community-building effort. It will excite the youth (of the region). It will engage the people. It will inspire the imagination of ASEAN.”

Another source said: “ASEAN need an ASEAN identity. ASEAN coming together and competing as a bloc to host the FIFA World Cup will bring a tremendous sense of community and common identity.”

The ASEAN Secretariat will invite experts and football authorities from the region and elsewhere to help the group map out a strategy for the 2030 bid.

The application will likely face competition from other Asian countries such as China, who has stated its intention to bid for the right to host the world’s most watched sporting event in 2030.

By the time the international football association, FIFA decide on the 2030 World Cup host, all ASEAN capitals are expected to have built international standard sports and football stadiums, said one of the sources.

The details as to which capital will host which match are being worked out, the source said. They emphasised that the process was as important to ASEAN as the end result as, if endorsed by the ASEAN Summit in May, it would become a joint initiative among all member nations.