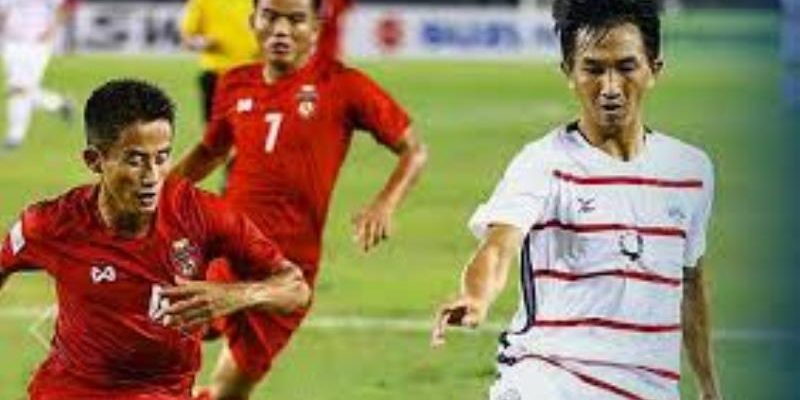 MANDALAY (12 Nov 2018) – Myanmar staged a second half fight back to beat Cambodia 4-1 in a Group A tie of the AFF Suzuki Cup that was played tonight at the Mandalar Thiri Stadium here in Mandalay.

The presence of head coach Keisuke Honda seemed to have sparked Cambodian confidence as they were calmed and collected all throughout the early exchanges.

And while some team may be overawed by the expectation of playing against a confident Myanmar side in front of their home fans, the Cambodians did not sit back as they fought for everything.

With Myanmar seemingly struggling to get into rhythm, a quick counter in the 23rd minute allowed Cambodia to grab the lead when Sos Suhana pushed forward for Chan Vathanaka to score from close.

The change for Aung Thu at the start of the second half, gave Myanmar more pace and he changed the atmosphere in the team as he linked up well with Mg Mg Lwin.

Cambodia tried hard to defend against the persistent onslaught while they gave up a penalty when Soeuy Visal was faulted for handball, striker Aung Thu just make it count.

However, he more than made up for it when his move three minutes later earned a freekick that resulted in a goal for Than Htet Aung.

By then, Cambodia seemed to have lost steam as they allowed Myanmar total control.

And in the last four minutes of play, Si Thu Aung finished a rebound as Bo Bo then completed his brace with another quick counter move.