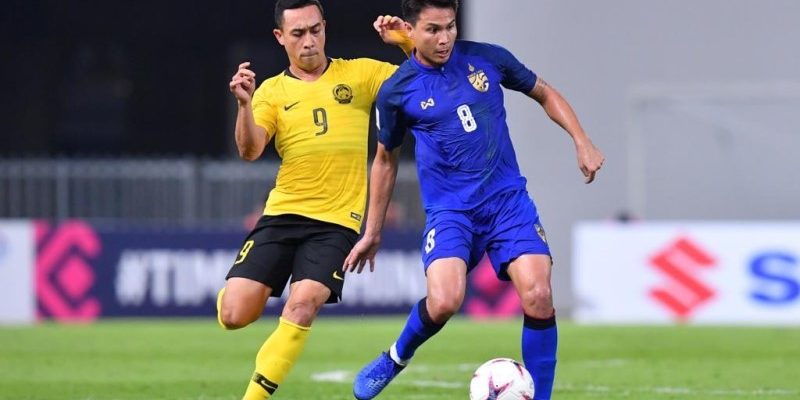 BANGKOK (5 Dec 2018) – Thai striker Adisak Kraisorn’s missed penalty in the dying moments of the AFF Suzuki Cup second-leg semi-final battle saw Malaysia advance on the away goals at the expense of defending champions Thailand at the Rajamangala Stadium here tonight.

Thailand, five-time champions, snatched the lead twice but Malaysia recovered to secure a 2-2 draw tonight to book their place in the final where they will either face Vietnam or the Philippines.

The two teams played out a 0-0 draw in the first-leg semi-final match last Saturday.

Tonight, it was revenge for the Malaysians, who were beaten to the final in 2014, under similar circumstances when the Thais scored in the dying moments to advance on the away goals.

This time around though, Adisak, the tournament’s top scorer thus far with eight goals, ballooned his spot kick, denying Thailand a place in their fourth successive final. The Thais were winners in the last two editions in 2014 and 2016.

This was the first time Malaysia had defeated Thailand at the semi-final stage of this competition. In the previous two semi-final encounters between the two, in 2000 and 2012, Malaysia were on the losing end on both occasions. This is Malaysia’s fourth final appearance.

Earlier, in front of over 46,000 primarily Thai fans, Malaysia conceded the first goal when substitute Irfan Zakaria inadvertently turned the ball in. Thitiphan Puangjan, in the 21st minute, had a good header in but Malaysian keeper Farizal Marlias tried to boot it out but it struck Irfan and dropped into goal. Irfan had come in minutes earlier for key defender Mohamad Aidil Zafuan Abd Razak, who handed Malaysia a massive blow when he limped off injured.

The Thai fans’ celebrations only lasted seven minutes. Coming in from the right, defender Muhammad Syahmi Safari, from the edge of the box, whipped his shot which curled over keeper Chatchai Bootprom and dipped into the far corner. Syahmi would later pick up two bookings, including one for an infringement that led to the penalty, and will miss the first-leg final.

Thailand went ahead again in the 63rd minute after Sumanya Purisay, in his first touch after coming on just moments earlier, sent a teasing freekick across the goal which defender Hansa Hemviboon headed in.  Eight minutes later, the Thai fans were stunned yet again when Mohamed Syamer Kutty sent a low cross to Norshahrul Idlan Talaha who turned and slammed in the equaliser.

The Thais were left chasing the game and had several attempts, including a header from Pansa that came off the post, but were unable to make them count.

Five minutes were added on, giving the hosts more time, and just when the game was all but over, referee Adham Mohammad Tumah Makhadmeh from Jordan pointed to the spot. Syahmi had handled the ball as he attempted to clear a cross into the box. He was booked for a second time and was sent off. The Thais were on their feet as the Malaysians slumped in despair.

With Adisak taking the kick, it seemed like a sure thing but Adisak, under immense pressure, ballooned his shot, cruelly ending Thailand’s dreams.

For his efforts, Norshahrul was voted the Honor Man-of-the-Match tonight. This was the third time Norshahrul, who was in the victorious 2010 AFF Suzuki Cup winning team, has won the award this year.