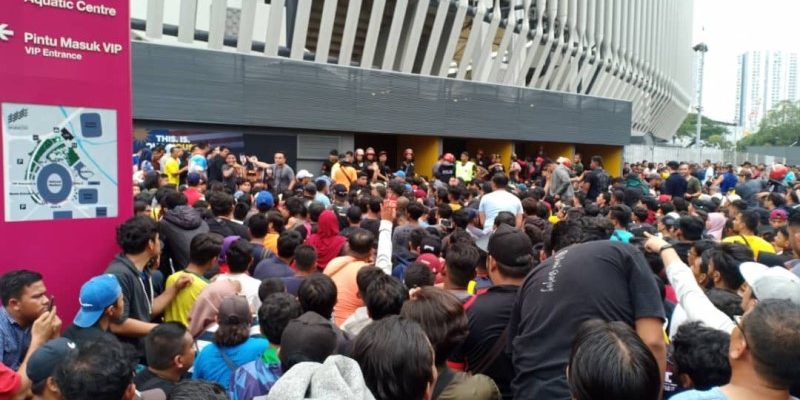 KUALA LUMPUR (9 Dec 2018) – A total of 80,000 tickets have been sold ahead of the first leg, finals of the AFF Suzuki Cup between Malaysia and Vietnam on Tuesday.

Following online sale of tickets two days ago, today’s sale of a further 40,000 tickets took less than two hours to complete after counters were opened at the National Stadium in KL Sports City this morning.

It would be the third time that the National Stadium will be full to the brim following sold out for the last game in the group against Myanmar which Malaysia won 3-0.

It was also full capacity when Malaysia were held to a scoreless draw by Thailand in the first leg semifinals.

Other than full house at the stands, the Corporate Boxes have also been sold for the big game between Malaysia and Vietnam.