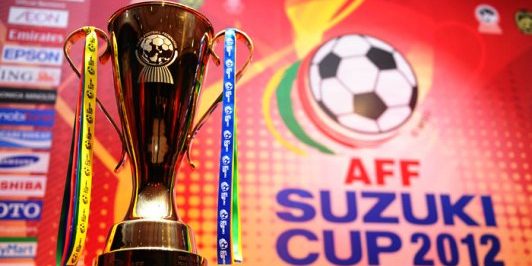 SINGAPORE (19 Dec 2012) – Half of the players in action in today’s first leg AFF Suzuki Cup final must try their best to keep their cool or risk missing the crucial second leg in Bangkok on Saturday.

Six players from Thailand and five from Singapore have yellow cards and have to stay in the good books of Japanese referee Toma Masaaki tonight to avoid missing the trip to Bangkok.

The six from Thailand includes ace midfielder Datsakorn Thonglao who was booked after a minor skirmish with Malaysian Fadhli Shas in the second leg semifinal clash. Fadhli was sent off in that incident as it was his second card in the game.

Singapore defender Daniel Bennet is among the five who have to be on their best behaviour at the Jalan Besar Stadium today. His booked teammates are Mohammad Isa Abdul Halim, Muhammad Safuwan Baharuddin, Mohamad Shaiful Esah Nain and Fazrul Nawaz.

But it will be tough for these players to keep their cool while having to go flat out to help their respective teams claim victory ahead of the second leg. Both teams are expected to go for the kill here to make life easier for the battle in Bangkok.