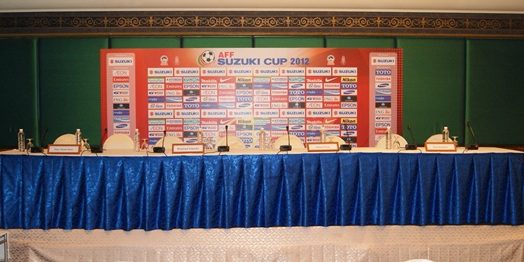 MANILA (7 Dec 2012) – There will be a one-minute silence before tomorrow’s AFF Suzuki Cup first leg semifinal match as a mark of respect for the many Filipinos who lost their lives due to a typhoon that struck the southern portions of the country.

Local papers have reported that at least 325 were killed with many more still missing. The typhoon, named Pablo (also reported as typhoon Bopha) here, hit the island of Mindanao on Tuesday and caused massive devastation.

The minute’s silence was agreed upon at the team managers’ meeting this afternoon. “The matter was brought up by the Philippines team.

“While we are facing an important match here, we must remember our brothers in the southern part of the country who have died,” said Dan Palami, the team manager.