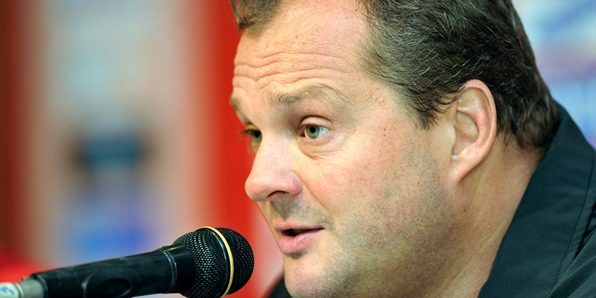 SINGAPORE (11 Dec 2012) – The first leg-semi-final clash in Manila took the wind out of many of the Filipino players and coach Michael Weiss has been doing everything he can to help them recover, which he cited as the key to their chances in the return leg here tomorrow.

“It was an intense game in Manila and took a lot out of the players from both teams. So after the game, the players were given a break to have a nice dinner with their families,” said Weiss who arrived here with the team yesterday afternoon.

“This morning, I began to see the freshness back in the players and they are all excited about the match. But Weiss said that it was now time for the players to deliver.

“The time for words is over, now they must show it by their actions on the pitch. It’s no point saying they want to play in the final and not do it,” he added.

He is also hopeful that the players will put to good use the experience they had picked up throughout this tournament.

“I hope this will lead to a good performance tomorrow,” Weiss commented during the Pre-Match Press Conference at the Jalan Besar Stadium here today.

And speaking of the stadium, Weiss dismissed notions that his boys would have problems adapting to the artificial pitch. “It’s not unknown territory for our players. Many of them have are used to playing on turf. This is because of the weather back home, there are now many artificial pitches.”

But Weiss went on to say that since the Singaporeans train at the Jalan Besar Stadium all the time and play many competitive matches at the venue each year, they may have but a slight advantage.

“To me, it all depends on how we perform on match day.”