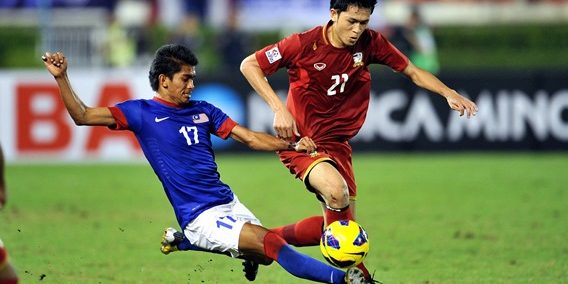 KUALA LUMPUR (15 Dec 2012) – Hours after being shown the exit from semi-finals of the AFF Suzuki Cup, Malaysian chief coach Datuk K. Rajagobal said that he needed a break.

With his position secured by the FA of Malaysia (FAM), the former Selangor stalwart said that he needed some time off from football to recharge his batteries.

“The truth is that it has been two long years of stress and pressure. The moment, we won the AFF Suzuki Cup, I was already under the strain to deliver the second crown,” said Rajagobal.

“For me, it has not been a total loss. Sure we did not make the final but we were denied by circumstances. I still feel that if we had been 11 against 11 we would have a chance to beat Thailand. I’m confident of that.

“What happened in the second semi-final was bad for our team and I feel sorry for the boys. They played with ten men but they refused to give up and as a coach, I am proud of them. I can’t possibly ask for more.”

Asked if he will be going back to re-strategise for the next year with the Asian Cup qualifiers coming up, Rajagobal added: “give me some time off first, then we will look to the Asian Cup.”