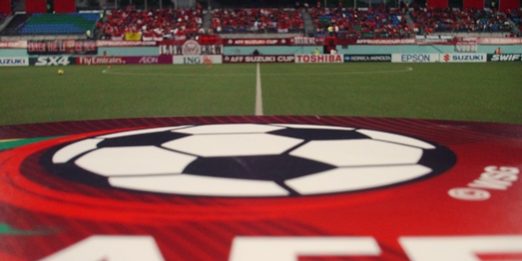 SINGAPORE (19 Dec 2012) – It’s an hour before the kick-off and the fans are already streaming into the Jalan Besar Stadium in an attempt to get the best seats in the house.

Fans had begun queueing up from as early as 5pm to make sure they get to the limited good seats in this venue. Thai fans, numbering some 300-plus are also expected to make their way to the stadium.

The excitement level rose when the teams trooped onto the pitch to start their warming up session under clear cool conditions.

Many senior AFF, FAT and FAS officials have already taken up their seats. Among them are AFF Vice-President Brig Gen Khiev Sameth and FA of Thailand President Datuk Worawi Makudi.

The match is scheduled to kick-off at 8pm.

Our next update will be at halftime