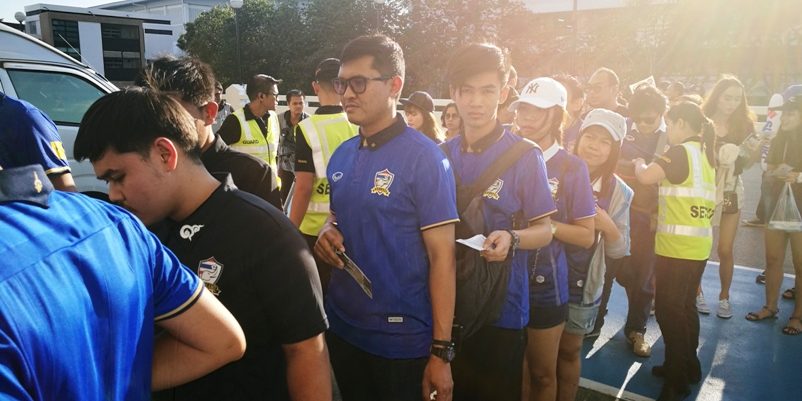 BANGKOK (17 Dec 2016) – Millions of fans in Thailand and Indonesia are already counting down the minutes to the kick-off for one of the most anticipated AFF Suzuki Cup finals in 20-years.

Hours before the start, Thai fans have already packed the surrounding areas of the Rajamangala Stadium, turning the entire area into a gorgeous sea of blue, the home colors of the Thai national team.

With a few hours to go, fans outside the stadium are in high spirits, singing and dancing.

Thailand, the defending champions, are aiming for a record fifth title.

Indonesia, who are playing in their fifth final, are hoping to win their first ever AFF Suzuki Cup crown.

Indonesia have a 2-1 lead from the first leg.