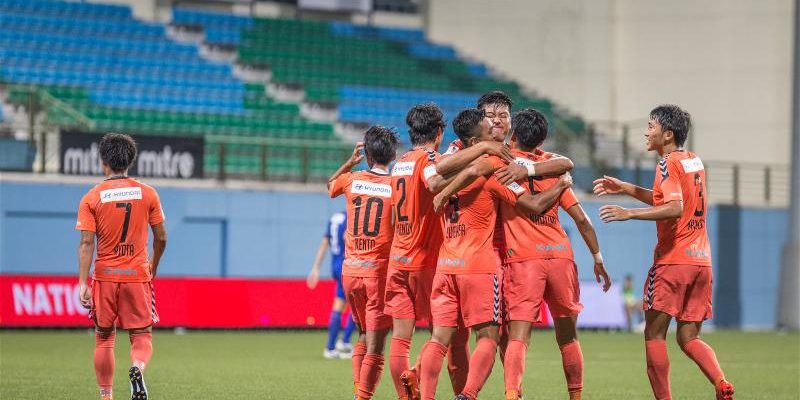 SINGAPORE (14 April 2017) – Albirex Niiigata still maintained their unbeaten record after five matches where this week they stayed top of the Eastern-Hyundai S.League table with a 2-0 win over Hougang United at the Jalan Besar Stadium.

The match might be evenly contested but in the end, two goals from Tsubasa Sano in the second half for the side from Japan to pick up all three points.

With the scored tied in the first half, Sano headed home the lead in the 56th minute off a cross from captain Shuto Inaba.

Hougang custodian Khairulhin Khalid stood firm as he denied a string of Albirex chances before conceding a second goal a minute to the end when Sano tapped in a Hiroyoshi Kamata’s cutback.

Albirex Niigata (S) Head Coach Kazuaki Yoshinaga: “Firstly it is the one-year anniversary of the Kumamoto earthquake, so I told the players to remember the pains of the people, play hard and try to win the game.

“The players worked very hard, but I think they can still play better because I feel they have not really performed to what they’re capable of.”

Hougang United Head Coach Philippe Aw: “We’re struggling to create chances now. We’re missing Iqbal Hussain and Fareez Farhan in attack, that’s affecting us. Both guys have speed and ability to shoot. When things are not going well, we need a joker upfront to change things.”