Albirex hold DPMM at home to move to third 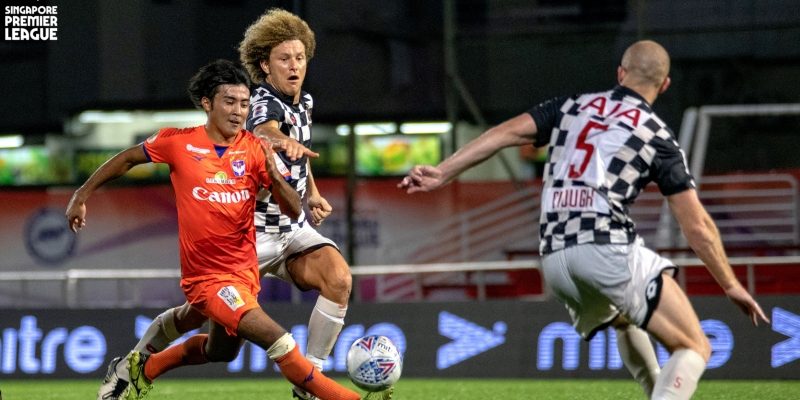 SINGAPORE (3 June 2019) – Defending champions Albirex Niigata kept up the chase at the top of the Singapore Premier League 2019 when they held leaders DPMM FC to a scoreless draw at the Jurong East Stadium.

Albirex shut out the SPL’s leading scorer Andrei Varankou and had a couple of good chances but failed to put them away.

Daizo Horikoshi’s fierce 20-yard drive in the first half was tipped over, while Hiroyoshi Kamata fired into the side netting after rounding Wardun Yussof after the break as the visitors stayed unbeaten.

The draw which meant that Albirex are now unbeaten in 46 games at home in all competitions, moved them up to third as DPMM opened up am eight-point lead over second placed Hougang United.

In the meantime, Hougang fell to a 3-2 loss to Warriors FC – third straight win pushing them off the foot of the table to seventh.

Hougang came from behind twice to draw level, first through Amir Zalani who tapped home late in the first half after good work by M. Anumanthan to cancel out Gabriel Quak’s early opener before Hafiz Sujad came off the bench to score after Jonathan Behe’s header off Sahil Suhaimi’s corner.

Behe would prove to be the match-winner as he benefited from Khairulhin Khalid’s error to slide home from six yards out four minutes from time.

Anumanthan was then sent off for a second bookable offence, adding salt to Hougang’s wounds as they fell to their fourth defeat of the campaign.

On the other hand, Tampines was held to a 1-1 draw by Geylang.

Tampines’ first league game after Khairul Amri’s departure ended in disappointment as they were held to a fourth straight draw.

The Stags got off to a good start as Jordan Webb converted coolly from the spot after Yuki Ichikawa was adjudged to have brought down Taufik Suparno.

However, Geylang rallied and levelled within 10 minutes as Shawal Anuar marked his first start with his first goal of 2019 by lashing home a left-footed shot from close range after Umar Akhbar’s right-wing cross was not cleared properly.

Noor Ali’s side defended stoutly throughout and could have stolen the three points late on, but Shawal was foiled in a one-on-one opportunity with Syazwan Buhari.