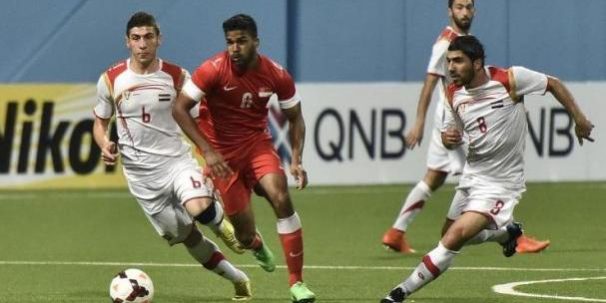 SINGAPORE (27 Feb 2015) – Singapore national Under-23 team head coach Aide Iskandar was pleased with his players’ performance despite going down 2-1 to Syria Under-23 this week.

The Singapore side had recorded an 8-1 defeat to the Japan U22 previously and there was a worry that hos chargers might not have recovered from the beating.

“I told the boys that it is important that after a heavy defeat, we want to put on a positive response so that we can forget about the last game,” said Aide.

“We wanted to win but unfortunately we could not. Syria is a strong opponent and it’s a good game and experience for the boys. The spirit was good and the boys were pushing themselves. It was pleasing to see they came out and fought.”

Irfan Fandi scored his second consecutive goal in as many games, and Aide expressed hopes that the 18-year-old will continue to impress in the future.