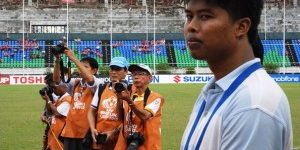 PETALING JAYA (13 April 2011) – The Asean Football Federation (AFF) welcomes the initiative by the Association of Southeast Asian Nations (ASEAN) to consider hosting the 2030 World Cup in the region.

ASEAN formally presented their World Cup proposal to the AFF Council on Sunday in Bangkok. The ASEAN delegation was headed by Malaysia’s Deputy Minister of Youth and Sports, Dato’ Razali Ibrahim, officials from the Foreign Ministry and the Malaysian National Sports Council.

AFF President, HRH Sultan Haji Ahmad Shah, chairing the AFF Council for the first time after earlier winning the presidency unopposed, proposed that AFF would form a committee to study the proposal by ASEAN.

For the record, the ASEAN Foreign Ministers, at their Retreat in Lombok, Indonesia, in January this year, mandated Malaysia and the ASEAN Secretariat to explore the possibility of hosting the 2030 World Cup in this part of the world.

The presentation on Sunday was the first official engagement between ASEAN and AFF.

Malaysia and the ASEAN Secretariat will be preparing a status report for the forthcoming ASEAN Summit in Jakarta from 7-8 May 2011.