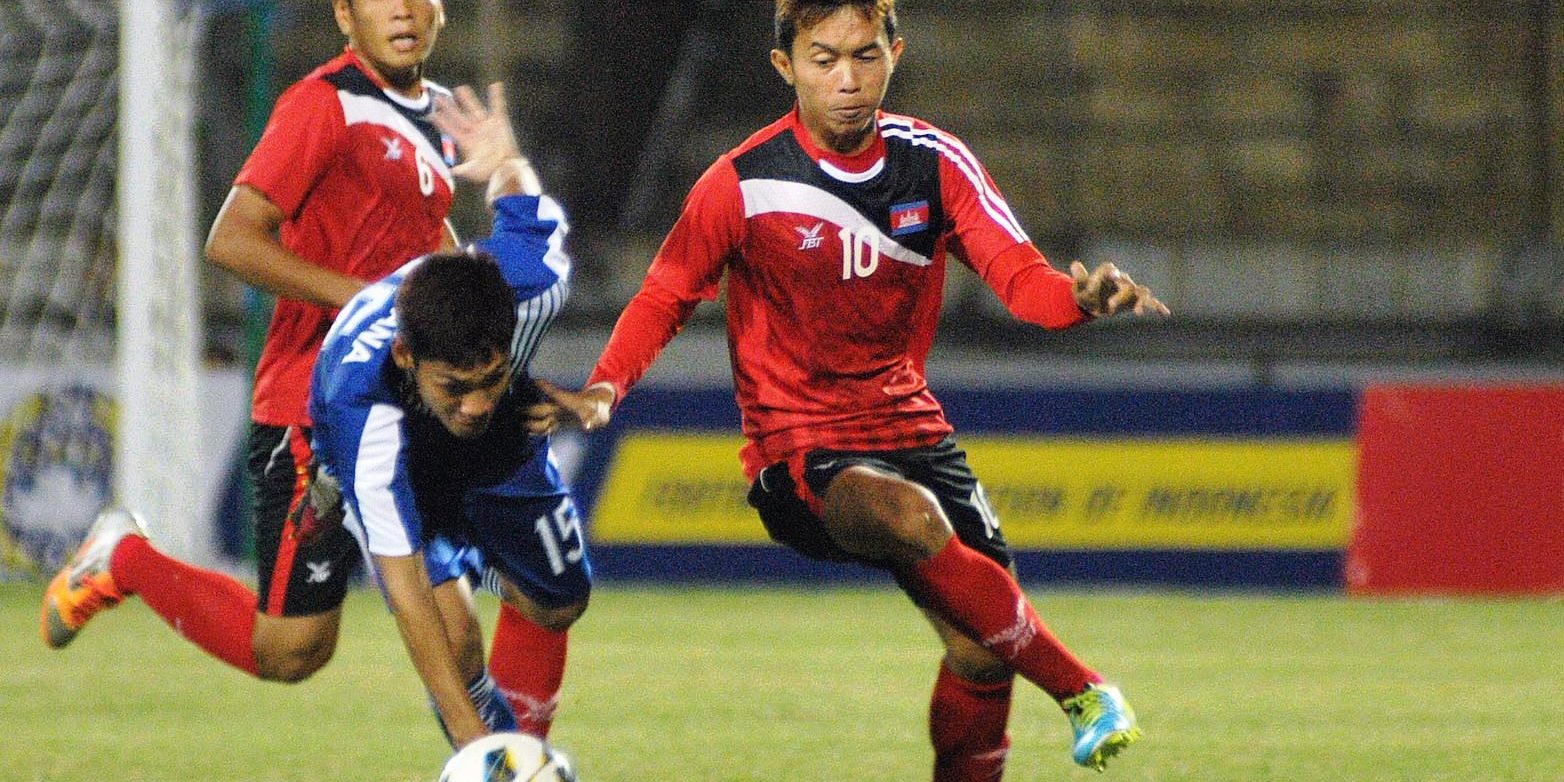 SURABAYA (15 Sept 2013) – Philippines and Cambodia may be out of the running for a semi-final berth but that did not stop them from going flat out to win their AFF Under-19 Group A match at the Petrokimia Gresik Stadium here tonight. At the end of 90 minutes though, it was Cambodia who recovered from a goal down to win 4-1.

Prior to the match, which had no bearing on the overall standings, both teams had lost their previous group encounters. For the record, Group A is led by Laos with nine points and Timor Leste with seven points. Singapore have four points while Cambodia are fourth with three.

While Laos have booked their place in the semis, Timor Leste are almost through, provided they defeat the Philippines in their last group match. Like the Philippines, Cambodia also have one more group tie remaining against Singapore on Tuesday.

In tonight’s match, Cambodia missed an early opportunity when skipper Hoy Phallin’s attempt slipped over the crossbar. The Filipinos had a great chance to take the lead in the 25th minute but Nikko Benedicto failed to connect a near-perfect pass from David Diamante from the left.

Philippines captain Daniel Gadia created the first goal of the game in the 27th minute when he forced his way down the middle set up Nikko who made no mistake this time around. Nikko however should have kept his jersey on while he celebrated and was duly booked.

Soon after the game resumed, Cambodia finally found the equaliser they had been waiting for through Moung Makara in the 50th minute. On the hour mark, Cambodia almost instantly turned around a Filipino attack to score through Nub Tola.