AFF U16: A Final of Several Significance 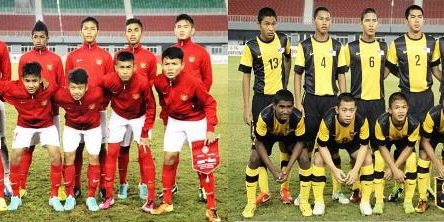 NAYPYITAW (1 Sept 2013) – The final between Indonesia and Malaysia in the AFF AYA Bank Under-16 Championship tomorrow will be one of several significance in the history of the meet.

For one, it is the first time that both Indonesia and Malaysia are playing in the finals of the championship that was incepted by the Asean Football Federation (AFF) in 2002. The championship was mooted to give Member Associations the opportunity to polish up their teams for the AFC qualifiers the same year.

A thought not lost on either Indonesia or Malaysia.

“Yes, I believe that this is first time that we are playing in the final,” said Indonesian coach Mundari Karya. “But more importantly, this tournament has helped us to better prepare for the AFC qualifiers.”

Added Malaysian coach S. Balachachandran: “I have to thank the AFF for this tournament. It has been a great experience and no matter what happens in the final, we are very happy with how the players have grown from this championship.”

But if there is anything at all that the tournament has shown it is that that the recent membership of Australia into the AFF might just what countries in the region needed.

With Australia considered as one of the more progressive countries in world football, their membership into ASEAN should form as a catalyst for Member Associations in the region to raise the level of their game on and off it.

Concerns that Australia might overwhelm the opponents to win the U16 tournament were given an awakening when Indonesia rose to the occasion to make the final. What it showed is that Australia can be beaten and that teams in the region must start to believe in themselves.

Of special significance too this year is the fact that the new city of Naypyitaw has been very kind hosts for more than two weeks to the ten participating teams and officials. The city which will be the main venue of the SEA Games at the end of the year has certainly been fabulous.

The Wunna Theikdi Stadium has joined up as one of the best football stadiums in the region while the tournament itself has also served as a pre-SEA Games event for the Myanmar organisers.

For the most part though, it has been quite an experience being accommodated in one of the new hotels to spring up the city while the drive to and from the stadium through the four-lane boulevard each day has been a pleasure.