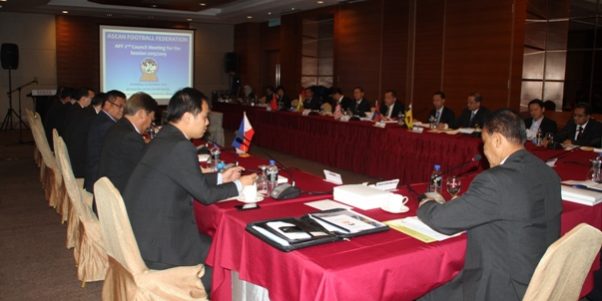 KUANTAN (24 Oct 2015) – It will be a jam-packed calendar for the AFF in 2016 as other than the blue riband event of the ASEAN Football Championship, a new tournament of the Futsal Under-20 will also be organized.

The qualifying round of the ASEAN Football Championship will be held in October before the main event in December.

Following the Second AFF Council Meeting this morning in Kuantan, it was decided that the Futsal U20 will be held towards the end of the year – after the AFF Futsal Championship and also the Felda-sponsored AFF Invitational Futsal Club Championship.

The hosts for the AFF Futsal U20 and also the AFF Futsal Championship in 2016 has yet to be decided although Myanmar has stepped forward to organize the AFF Invitational Futsal Club meet.

Myanmar will also the AFF Women’s Championship to be held in June 2016 in the city of Mandalay.

The hugely popular AFF Beach Soccer will also be held in 2016 with the Vietnam Football Federation (VFF) offering to be hosts suggesting an August date.

The preparatory tournaments of the U16 and also the U19 will also be organized in the second half of the year.

Vietnam will host the U16 while the organizer of the U19 will be announced at a later date.