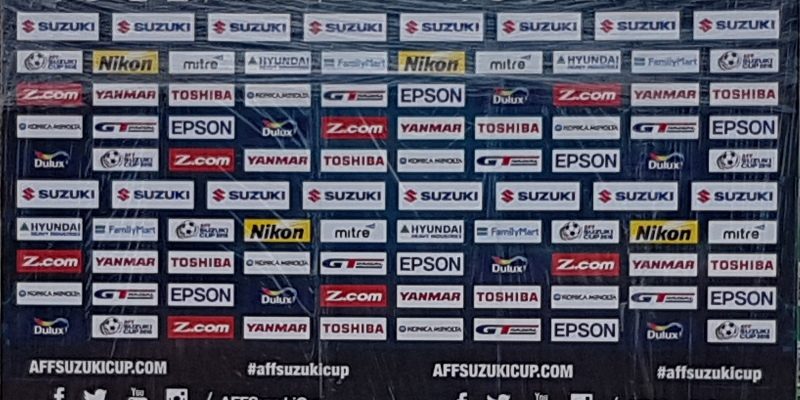 JAKARTA (5 Nov 2016) – The AFF Suzuki Cup Trophy Tour arrived in Jakarta today as part of a four-city swing of the region marking the countdown to when the tournament starts on November 19.

The Trophy was on display at the f3 Atrium at fX Sudirman along with a host of scheduled events including the attendance of two legendary Indonesian players Kurniawan Dwi Yulianto and Firman Utina, with performances by the popular band NTRL.

The Trophy Tour kicked off on Wednesday in Yangon and will later move on to Ho Chi Minh on November 10 and then Manila on November 12.

This year marks the 20th anniversary of the AFF Suzuki Cup and for the first time Myanmar are hosting one of the Groups along with the Philippines, who are also debuting as Group hosts.

Defending champions Thailand play Indonesia in the opening game of the AFF Suzuki Cup in Group A in the Philippines. Later in the day the Philippines are pitted against Singapore.

The following day the Group B matches kick off in Yangon with 2010 champions Malaysia facing Cambodia before Myanmar battle it out against Vietnam, who won this event in 2008.

“The AFF Suzuki Cup stirs the emotions of football fans across the region and we are therefore expecting a strong turnout of support when we take the Trophy on the road,” said Lt Gen Dato’ Sri Azzuddin Ahmad, General Secretary, ASEAN Football Federation.

“Everyone is eagerly awaiting the start of the AFF Suzuki Cup and so the Trophy Tour will whet the appetite of fans in Southeast Asia for what promises to be one of the finest editions of the tournament.”

The AFF Suzuki Cup Group stages will be played from November 19 to 26 in Myanmar and the Philippines, followed by the semi-finals and the final from December 3 to 17 which will be contested on a home and away basis.

With Myanmar and the Philippines newcomers to hosting the Group Stage tournament, the Thuwanna Stadium in Yangon and the Philippine Sports Stadium, will be staging their first games in the AFF Suzuki Cup 2016. Both venues have previously held international matches.

Wunna Theikdi Stadium in Nay Pyi Taw and the Rizal Memorial Stadium in the heart of Manila, which has played host to AFF Suzuki Cup semi-final matches in 2012 and 2014, will each host one simultaneous match in the group stages.