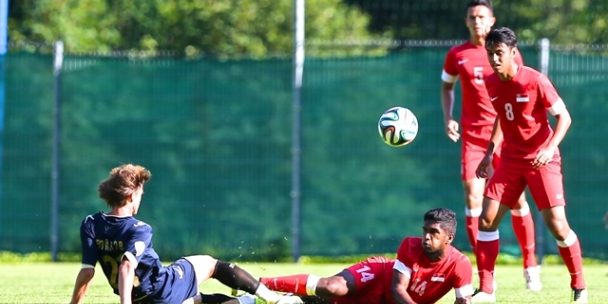 SINGAPORE (20 July 2014) – The Singapore national team fell to their first defeat in their tour of Austria when they were sunk 3-0 by Torpedo Moscow. The team had in their first friendly held Czech side FC Brno to a 2-2 draw.

But Torpedo Moscow were a different kettle of fish altogether when Igor Shevchenko nailed the opener in the 37th minute with a stiff grounder from inside the box.

With just that one goal lead, the Russians began to tighten their grip into the second half and just five minutes in, Shevchenko doubled the advantage with a superb freekick.

Izwan Mahbud was beaten for the third time in the game when Singapore conceded a penalty five minutes later that was put into goal by Alexander Salugin.

The Lions’s next match will be against Dinamo Moscow.