AFF SUZUKI CUP QUALIFIERS: Myanmar look to go to the next level 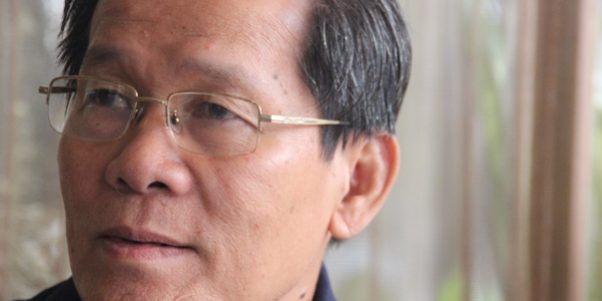 VIENTIANE (15 Oct 2014) – Tin Aung, the general secretary of the Myanmar Football Federation (MFF) is a well-known figure in the region.

Alongside ASEAN’s most successful coach Radojko Avramovic and a string of star players, Myanmar are regarded as the firm favourites to qualify into the final rounds of the AFF Suzuki Cup 2014.

And this week as the team manager of the Myanmar national side, he will be looking forward to bring the team to the next level.

AFF: Thank you Tin Aung for sparing the time to talk to us. Give us your comment about the game last night?

TIN AUNG: Well, winning one point was a good start. We were playing against a Timor Leste who is physically superior. And they have players playing abroad which means that they are not a bad side like what some people may think. They are definitely not the same side that we faced two years ago. Under the circumstances I thought that we played well.

AFF: Myanmar have been regard as the favourites to get through to the final rounds of the AFF Suzuki Cup. Your thoughts.
TIN AUNG: To a certain degree of course. But it has to be remembered that the other teams have also made progress and they will be eager to play in ASEAN biggest stage. Nothing ever stays the same in football and while we may be considered to be favourites, we still have to play the game and win matches. Being considered as favourites does not get us a ticket to anywhere we like to go.

AFF: Tell us about your preparations for this qualifier?
TIN AUNG: The team is still under rebuilding after what happened at the SEA Games last year. Raddy came in March 2014 and since then we have gone through some changes. We started planning for this qualifier since then by playing in international matches and tournaments like the AFC Challenge Cup and also the Peace Cup. We won more than 50% of the matches that we played in, so it has been a good build up.

AFF: Were you disappointed at not winning the AFC Challenge Cup?
TIN AUNG: Not at all. Of course we don’t like to lose but the tournament came at a time when we had just started to prepare the team. So we were looking at more of the individual performance of the players rather than the results of the team. From there, we know what are the problems and what we needed to do.

AFF: How important was winning the Peace Cup?
TIN AUNG: Very important. There’s nothing like a winning mentality. And also it came at a time just before the AFF Suzuki Cup qualifiers. And winning the tournament gave the team confidence which in turn made the team more organised.

AFF: You have some quality players on your side. Tell us about them.
TIN AUNG: Around 60% of the players came from the SEA Games squad last year. So players like Kyaw Ko Ko and David Htan have to make the grade to the next level as the younger players are looking at them to be the guide. Kyi Lin is still injured – may be not physically but psychologically. There were some problems in his rehabilitation, so we are hoping that giving him a team atmosphere will help in his recovery. He played less than two minutes in the game against Timor last night. So it is a good way back for him. And of course, we have Yan Paing, who everyone respects.

AFF: But Kyi Lin is a different quality player. Is the team missing him at all down the flanks?
TIN AUNG: For sure, as he is the type of player who can change things with just one pass or one cross. But the way Raddy has organised this team is to make sure that we have one or two players able to play in Kyi Lin position. There might be a little difference in terms of quality and standard but at the very least, we can close that gap in not having him at all.

AFF: Your thoughts on football development in Myanmar?
TIN AUNG: Well as you know, football is the No. 1 sport in Myanmar and the president Mr Zaw Zaw has been tireless in his support of the game with massive financial investments. Following from the SEA Games last year where two new stadiums were built alongside the refurbishment of the Youth Training Centre, we are now looking at more development programmes. We are encouraging more boys and girls to take up the game where hopefully, they will go through the mill and become players for the future Myanmar national team.