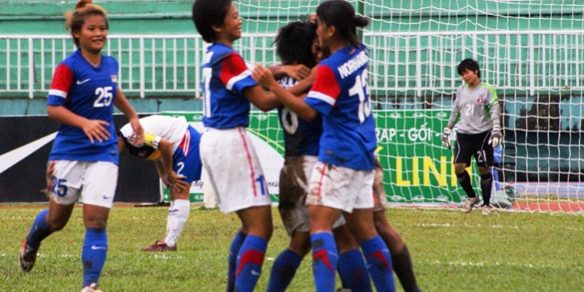 The audience, which represents ratings on broadcasters RCTI in Indonesia, RTM in Malaysia, ABS-CBN in the Philippines, MediaCorp in Singapore, BBTV in Thailand, VTV in Vietnam and ESPN Star Sports’ regional platform saw a 32% increase from the 2008 edition.

The two final leg matches between Indonesia and Malaysia in particular sent ratings soaring.  According to Nielsen, an average of 15 million Indonesians watched both games on RCTI, more than twice the number of the highest-rated FIFA World Cup 2010 match in the country.

The second leg final alone generated a 79% market share while the second leg semi-final is RCTI’s highest rated program of all time with a market share of 82%. It is also the largest viewing audience ever recorded in a single market, in the history of the competition.

“During the AFF Suzuki Cup 2010, not only did we experience history being crafted in the Indonesian television industry with the event becoming the highest rated program in the country over the last ten years, but we also saw the nation’s spirit lifted up.  The event was a major national topic for a whole month beating all other issues and the hype was even bigger than any FIFA World Cup event,” said Rudy Ramawy, Director of Programming and Production of RCTI.

In Malaysia, national free-to-air broadcaster RTM recorded shares of 40.3% and 48.4% respectively for each of the two final leg matches.  The total audience reached in the territory saw an eight-fold increase from the previous edition of the tournament.

Vietnam delivered the second largest viewership market after Indonesia with a total audience of 74.5 million.

The television audiences together with live attendances of nearly 800,000 reaffirm the AFF Suzuki Cup’s position as the number one football event and ratings leader in Southeast Asia.

“As a result of the recently concluded AFF Suzuki Cup, I’m overjoyed over the organisation, management and administration which increased the popularity of our tournament in the region. To those persons involved at the various venues of the tournament, I would also like to convey my thanks on behalf of the ASEAN Football Federation (AFF).  I would like to express a big thank you to World Sport Group (WSG) and hope that our future cooperation will further enhance our reputation in the years to come as the premier football tournament in ASEAN,” said HE Tengku Tan Sri Dato’ Seri Ahmad Rithaudeen, President of the Asean Football Federation.

“The television ratings and sell-out crowds have clearly reinforced our belief that ASEAN football fans are fiercely loyal and passionate about their national teams, and that the AFF Suzuki Cup is still the undisputable number one football property in Southeast Asia,” said Ian Mathie, Senior Vice-President, Football, ASEAN, Australia & South Asia, World Sport Group, the exclusive marketing partner of the Asean Football Federation.

“Viewership has grown more than ten-fold since the event was first launched in 1996 and no other international sporting event has so far matched the audiences reached in some of these key ASEA markets.  The AFF Suzuki Cup 2010 has not only delivered top class football to fans around the region, but it has also provided our marketing and broadcast partners an exceptional platform to reach consumers,” added Mathie.