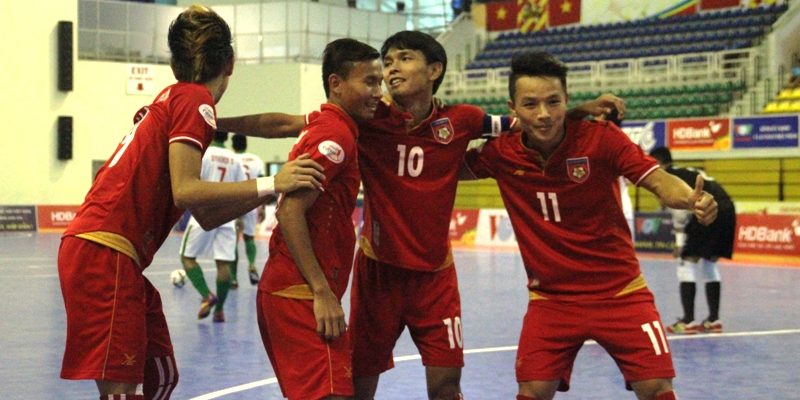 “The game was very important. so we had to be patient and not react too quickly,” said Myanmar head coach Htay Myint. “The game was very close but in the end, we were a little lucky to win this game especially when Indonesia went for the power play in the closing stage.”

Prior to today’s matches, Myanmar, Indonesia and Vietnam were all tied at six points each and winning their respective ties today was the only sure bet of advancing. In the first game this evening, Myanmar kept their composure to edge Indonesia 3-2 in an intense battle that went to the wire. Vietnam on the other hand had it easy and cruised to a 18-0 win over Brunei.

With their wins today, Vietnam tops Group A with nine points from three wins. Myanmar also have as many points but trail in second spot on an inferior goal difference. Indonesia are third with six points after completing all four group matches. Vietnam and Myanmar will face off tomorrow to determine the final positions in the group. The group winner will face Malaysia, second in Group B, while the other will take on defending champs Thailand.

In today’s match, Myanmar found a way through early and struck just three minutes into the game. Naing Ye Kyaw slipped the ball to striker Pyae Phyo Maung, who whipped it in for a crucial opening goal. Myanmar had several more shots but failed to make them count. They would regret it as Indonesia levelled terms in the eighth minute. Ardiansyah, from a corner kick, set-up an onrushing Syauqi Saud who accurately blasted his shot into the roof of the net.

As they did in the first half, Myanmar came out strong and scored soon after play resumed. Phyo Maung was again on target and gave his team the lead in the 24th minute while Kyaw Soe Moe eased the pressure on his team with a third in the 35th minute.

Indonesia, well aware that they were staring at an early trip home, threw everything they had but failed to make any headway. With just over 40 seconds to go, Bambang Bayu Saptaji got his shot in, unfortunately it was too simply late for the Indonesians.

“We were losing out in the one on one just like it was yesterday (against Vietnam),” added Indonesian head coach Vic Hermans. “This is the price we pay when we only trained for months without playing any matches. We were just lacking in the defending.”

Later in the evening, Vietnam thrilled their fans with yet another smashing performance. The score at the break was 7-0. It was their third win here after earlier victories over Philippines and Indonesia.

“We have reached our other target which is to win the group,” said Vietnam head coach Miguel Rodrigo.  “Tomorrow will be another final for us (against Myanmar). They have showed that they have improved a lot in the past year.”

The group stage matches will be completed tomorrow and the competition breaks for a day before resuming on Nov 1 for the semi-finals. The final is slotted for Nov 3.

Tomorrow: Group A (Philippines vs Brunei, Vietnam vs Myanmar)