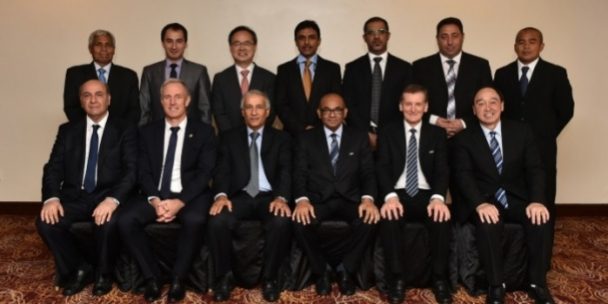 DILI (23 April 2016) – The Asian Football Confederation (AFC) will introduce new Under-15 regional development tournaments as part of its efforts to develop a more systematic pathway for Asia’s future generation following a recommendation by the AFC Technical Committee during its second meeting in Kuala Lumpur today.

The suggestion for the new regional tournaments was made to ensure that players in the Under-15 age-group are provided with the exposure to play at the international level, paving the way for a more structured and sustained approach to talent development. At present, the opportunities for players in the Under-15 age-group are limited to the qualification stages of the AFC U-16 Championship, which is held once every two years.

The new regional development tournaments, which will take place during the year of every AFC U-16 Final Championship, replaces the AFC U-14 Regional Festival of Football.

The Committee, chaired by Deputy Chairman, Mr Obaid Mubarak Obaid Al Shamsi (UAE), also approved the introduction of the Tutoring-the-Tutors programme. The new programme aims to develop and transform the continent’s most experienced coach educators into specialist tutors, who will in turn nurture Asia’s next generation of coaches.

The meeting also noted the newly formed AFC Youth Panel, which will be holding its first meeting on April 26, 2016 in Kuala Lumpur. The meeting will augment the work currently undertaken by two new technical panels formed by the AFC this year, in the areas of Grassroots and Coach Education – both of which concluded their inaugural meetings in February.

To better align with the industry’s best practices, the Committee Members also approved the removal of the award for the AFC Foreign Player of the Year, who will now be recognised by the yearly AFC Champions League technical report. In addition, while the AFC Asian International Player of the Year will continue to be awarded, it will now be presented at the appropriate time directly to the player instead of the AFC Annual Awards Night.

In his closing remarks, Mr Obaid Mubarak Obaid Al Shamsi thanked Members for the commitment and contributions, stressing further the need for the AFC to continue its efforts to prepare Asian teams for success on the world stage.