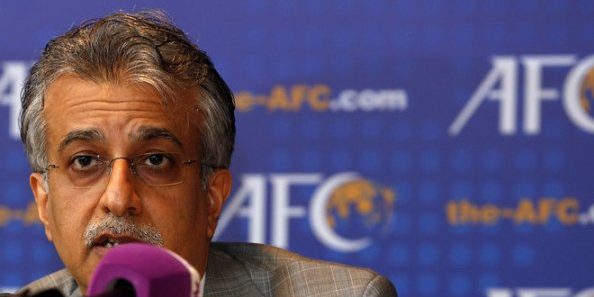 JAKARTA (18 Nov 2013) – AFC President Shaikh Salman bin Ebrahim Al Khalifa has come out in support of the ASEAN Super League, following his visit to the FA of Indonesia (PSSI) this week.

At a press conference, Shaikh Salman supported the idea of launching ASEAN Super League saying this should be started under the umbrella of AFC and it will provide a boost to the development of club football in the region.

In Jakarta, Shaikh Salman met with PSSI president Prof. Dr. Djohar Arifin Husin and the members of the executive committee.

He said the future is bright for Indonesian football under the strong and stable administration and AFC would be willing to provide any assistance required by them to raise the standard of the game in the country.

He also lauded the Indonesian U-19 team, which topped the group to qualify for the AFC U-19 Championship to be held in Myanmar next year saying this is a strong indication that football in Indonesia is back on the path of growth and success.