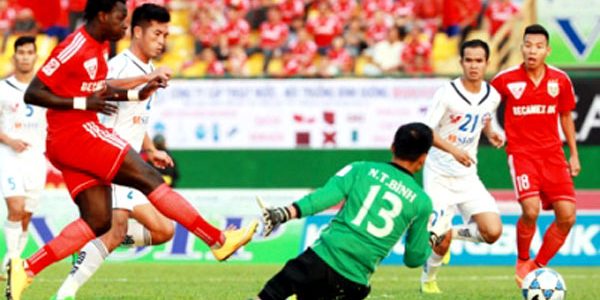 The Senegalese striker opened account early in the seventh minute from close range before setting up Trong Hoang in the 20th minute for the home team’s second goal.

Abbas then added the third goal of the game seven minutes later for Binh Duong to be comfortable at 3-0 at the half.

A missed penalty did not deter Da Nang from closing the gap when Gomez (80th minute) and Ngoc Thang (90th) pulled two late goals which in the end turned just a tad too late for the one point.