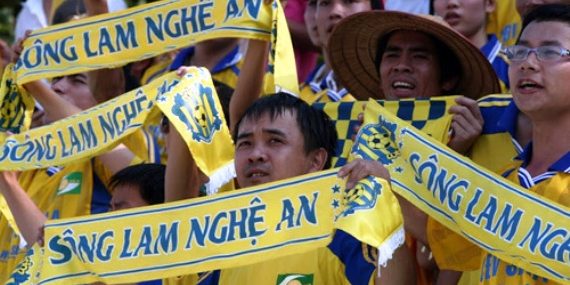 On top of the 28 match suspension which will see Dinh Dong returning only in 2015, he was also given a fine of VND20 million (USD 950) by the Vietnam Football Federation (VFF).

“The punishment is meant to be a warning to players throughout the nation, where violent behaviour on the field has gradually become more popular,” stated the VFF in a statement.

Countered SLNA coach Nguyen Huu Thang: “I do not take sides with my player. I, myself, will fine him if he does wrong. We will appeal because his absence would strongly affect our name and V-League results.”

In the meantime, the Vietnam national team drew 0-0 with a Republic of Korean (RoK) students team in a friendly match in Hanoi.

Vietnam are using the game to fine tune their squad for their last 2015 Asian Cup qualifying match against Hong Kong in Hanoi in two days.