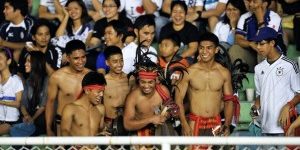 SINGAPORE (26 June 2011) – The Singapore Under-16 team will take on CR Flamengo Under-15 squad in the final of the 23rd edition of the Lion City Cup later this evening.

In the first semi-final, Singapore U16 beat Juventus 6-5 on penalties after the score was tied 2-2 at the end of regulation.

The home team grabbed a 2-0 lead with goals off striker Hazim Hassan in the fifth minute and winger Hanafi Akbar in the 12th minute.

But Juventus were quick to nail the equaliser with goals from Fabio Gili in the 58th minute and Gianluca Tartagila in the 69th minute before losing Andrea Pagaliasso to a second yellow card offense four minutes to the end.

In the second semi-final, the Singapore U15 side succumbed to a 3-0 loss to CR Flamengo with goals off Jorge Macro (two goals ) and Caio Rangel.

All matches at Jalan Besar Stadium