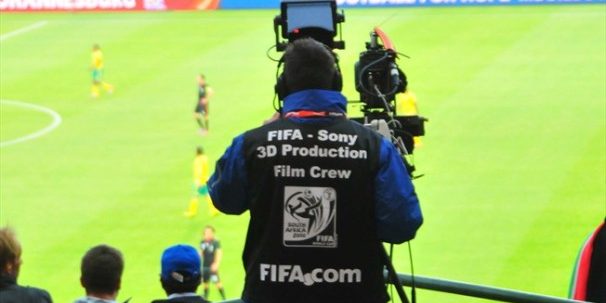 DILI (25 July 2014) – The 2014 FIFA World Cup™ has set new records for streaming data traffic around the world, as football fans watch matches online in greater numbers than ever before.

The FIFA World Cup broadcast production has already broken television viewing records in several territories around the world, underlining the growing popularity of the competition, including a breakthrough in the United States.

On the digital side, leading content delivery network provider Akamai has confirmed this is the biggest event in terms of video content streaming on record, due to huge demand from fans accessing content live from the online platforms of FIFA’s Media Rights Licensees.

In the United States alone, a record-breaking 5.3 million unique viewers tuned in for the round-of-16 match between Belgium and the United States on ESPN and Univision platforms, representing unprecedented traffic for both broadcasters.

“We are proud to say that this FIFA World Cup has been the biggest multimedia sporting event in history, with more people watching matches and highlights online than ever before,” said FIFA Director of TV Niclas Ericson.

FIFA TV actively supports its Media Rights Licensees with a variety of multimedia services including fully managed “white-label” solutions for the web, tablets and smartphones. It is the first time that a project on such a scale has been offered to the broadcast community. The services are delivered by FIFA World Cup broadcast production service provider HBS, with the support of EVS, Netco Sports and deltatre.

40 FIFA Media Rights Licensees have booked around 120 multimedia services for match coverage, giving them the ability to live stream multiple feeds of FIFA World Cup matches and to offer video-on-demand coverage from up to 24 camera angles to fans across the planet.

The FIFA World Cup “white-label” second screen app has been downloaded more than 10 million times in more than 20 broadcast territories since its launch at the start of June, with up to three million fans accessing videos, statistics and live match content each day.

“More and more football fans want to watch high quality, live coverage of matches on their tablets or mobile phones, as well as on their televisions,” said Stefan Wildemann, Manager of Sales and Distribution at FIFA TV.

“These figures show just how fast our industry is adapting to a truly multimedia world. Only on the digital platforms can fans watch the FIFA World Cup from every possible angle.”