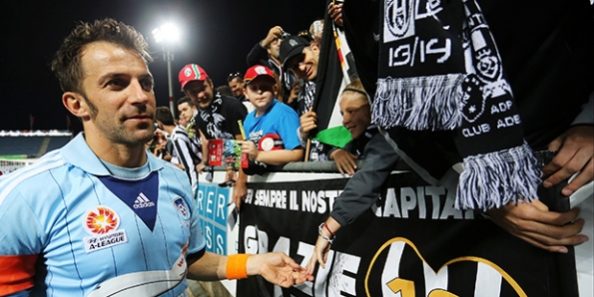 SYDNEY (18 Feb 2014) – Alessandro del Piero has confirmed his commitment to the FOXTEL A-League All Stars for the marquee match against Juventus FC in Sydney this August.

The surprise new chapter in the legendary tale of ‘Ale’ and ‘Juve’ will unfold in Sydney on 10 August at ANZ Stadium.

For the first time ever, Alessandro Del Piero will confront the famous club where he spent 19 glorious years, 11 seasons as captain, scored a record 290 goals and played 705 matches.

Instead of the distinctive Bianconeri stripes, Juve’s iconic captain of 11 years will wear the blue and yellow of the All Stars.