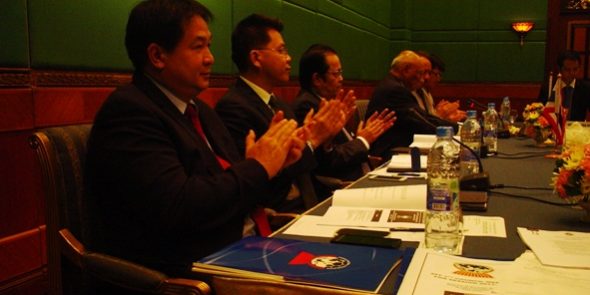 BANGKOK (22 Dec 2012) – The Asean Football Federation (AFF) have pledged a sum of USD100,000 to the victims of the deadly typhoon Bopha which claimed the lives of over 1,000 and left over 300,000 homeless. The AFF made the pledge at their Council Meeting held here today in conjunction with the AFF Suzuki Cup final.

HRH Sultan Haji Ahmad Shah, President of the AFF, announced the humanitarian aid for the victims of the typhoon during the meeting held at a leading hotel here this morning. He said the cash would be disbursed via the Philippines Football Federation.

An official handover will be arranged by the PFF sometime next month.

The storm slammed into the southern Philippines in early December, wreaking havoc mainly across the island of Mindanao. It was the deadliest storm to have struck the Philippines this year. Weeks after the storm, thousands are still living in temporary centres as their homes were completely destroyed.

Humanitarian aid services have called on assistance for even basic requirements like food and water.