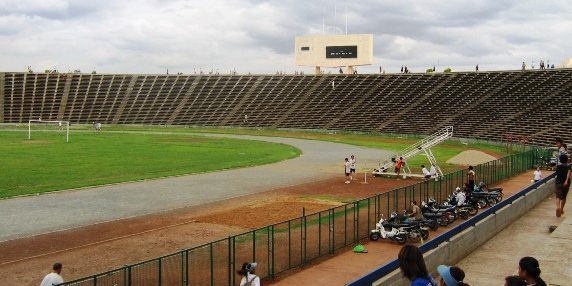 HANOI (28 Jan 2011) – Two women referees from Vietnam have been chosen by FIFA to take part in the qualifying round of women’s football for the London 2012 Olympic Games.

The Vietnam Football Federation (VFF) announced that Mai Hoang Trang of Ho Chi Minh City and assistant Kieu Thi Thuy of Hanoi will be in charge of the women’s qualifiers.

Trang and Thuy were officially certified by FIFA in 2007. Vietnam have three FIFA accredited female referees and two assistants.

The VFF have also submitted Vo Quang Vinh of Khanh Hoa and Hoang Anh Tuan from Hanoi to FIFA for approval this year.

After match fixing scandals rocked the nation in 2007, around 40 referees and officials were suspended pending a police investigation.